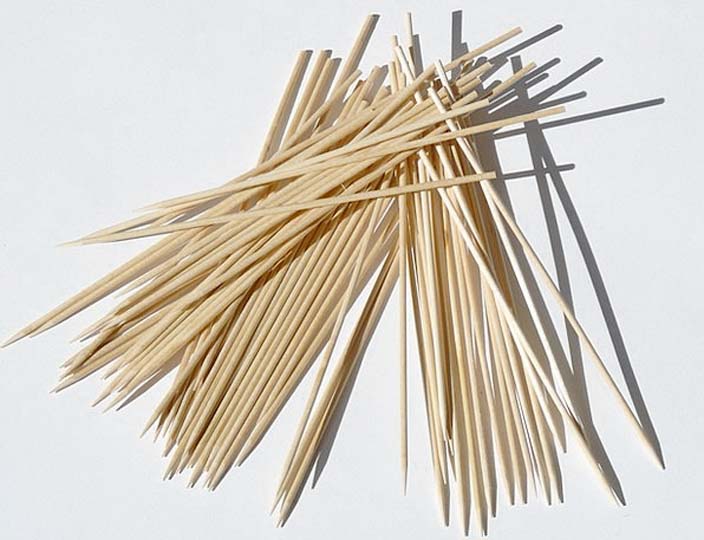 A toothpick is a common tool in our lives, which can help us to remove the residues between the teeth. Do not look at its small size, its development history is not short. Toothpick has evolved into what it is today after a long history. With the progress of human society, a series of commercial toothpick making machines have also developed tremendously.

When did the toothpick appear?

In 1911, a French archeologist put forward a hypothesis that the grooves in the Neanderthal tooth fossils were traces left using toothpicks. Archaeologists later found similar marks on the fossils of the teeth of Aboriginal Australians, North American Indians, Canary Islands, and Ancient Egyptians, some reaching 2 cm.

How does the toothpicks and toothpick machine develop?

Toothpicks are also called “picks”, etc. They are usually wooden or bamboo sharpened at one or both ends. Toothpicks can be made from wood, bamboo, corn or plastic sticks, but also made from special bones from certain animals such as ivory or fish. The toothpicks currently used to remove tartar or debris are usually wooden or bamboo thin sticks, but also toothpicks made of synthetic materials (such as the Swiss Army Knife). The toothpick is an important oral hygiene tool, it has more than 2000 years of history.

There has always been an illusion that chopsticks and toothpicks are regarded as Chinese inventions. Because ordinary people think that the Chinese always pay attention to food. In China with developed food culture, since someone has invented the practical product of chopsticks, the toothpick associated with it is naturally invented by the Chinese. But this is not the case. In fact, the toothpick originated from India. Some people think that it may have something to do with the Buddha’s teachings to the disciples.

Toothpicks and toothbrushes were both called “Yangzhi” in the early days and originated in India. Legend has it that when Buddha Sakyamuni preached to his disciples, he found that the disciples around him all had bad breath when they spoke, so Shakyamuni taught them another hygiene course. He said, “You can use your branches to brush your teeth to get rid of bad breath and increase your sense of taste. You will also get five benefits.” To this day, the Indian people still brush and floss with branches or wood chips in the morning, which is largely related to this legend. It is estimated that as far back as 2,000 years ago, Indians knew how to use branches or wood chips as toothbrushes and toothpicks to clean their mouths.